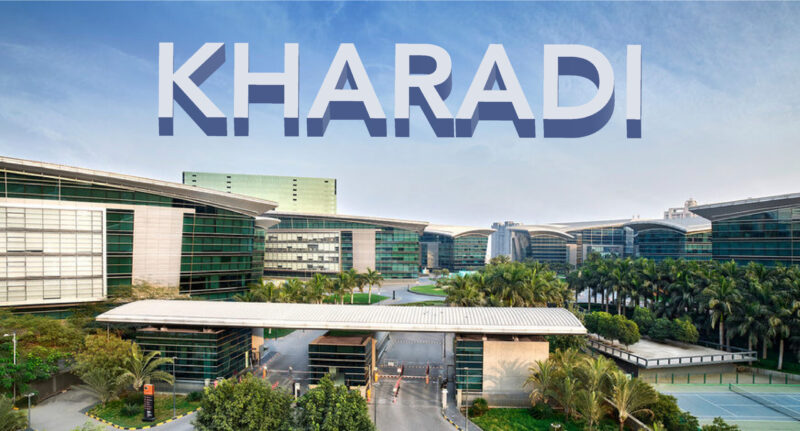 A lack of land parcels to handle the expanding real estate requirements of the IT boom in Mumbai required a transfer to a more viable choice in Maharashtra decades ago, resulting in the emergence of Pune as the metropolis it is today. Pune is ranked third in the sales performance index in a report produced by ‘Liases Foras – Residential Market Report on 35 Indian Cities.

In Pune, the suburbs of Kalyani Nagar, Hadapsar, Baner, Magarpatta, Kharadi, and others have become prominent for developers, IT centers, commercial spaces, and other social infrastructure due to the city’s rapid expansion in the eastern region.

Pune has been ranked as one of the most excellent future markets with multiple micro-markets in and around the city, thanks to rapid infrastructure development and favourable geography that promotes lateral growth compared to Mumbai. Kharadi, which is a stone’s throw away from Pune airport, Viman Nagar, and Kalyani Nagar, is fast becoming the most dynamic neighbourhood in Pune’s Eastern Corridor, owing to its infrastructure development and the creation of huge commercial spaces and IT hubs.

With the opening of Kharadi Knowledge Park in 2004, one of the city’s three government-run IT parks at the time, the real estate sector in Kharadi began to develop. Kharadi Knowledge Park was established in response to considerable demand from local developers who perceived the area’s untapped potential for land development in this portion of the city. The growth of office space for various businesses, including MNCs and SMEs, is assisting the eastern suburbs of Pune in gaining footing.

Benefits of Buying Property in Kharadi Area in Pune 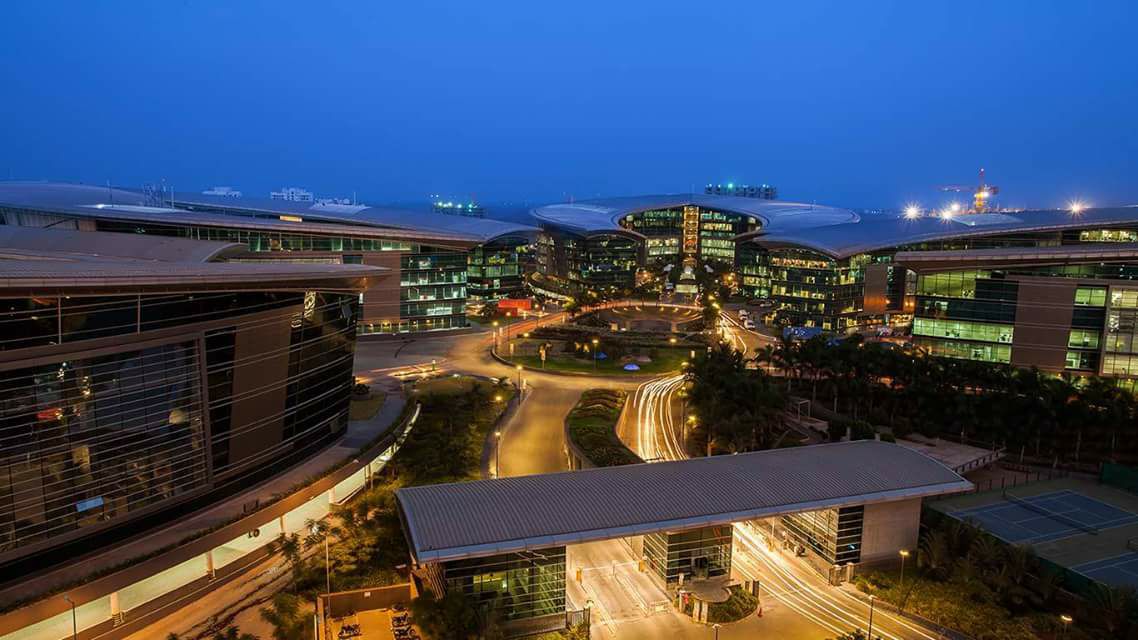 Kharadi meets the needs of individuals who live in Kharadi and need to go to Magarpatta, Hadapsar, Koregaon Park, Viman Nagar, Kalyani Nagar, and other Pune suburbs, as well as those who live in other Pune suburbs and need to commute to Kharadi. Zensar Technologies, World Trade Centre, EON IT Park, Kharadi IT Park, Magarpatta Cyber City, and Cerebrum IT Park are a few of the well-known firms in the commercial and IT sectors that call the neighbourhood home. Kharadi is also home to the prestigious EON Free Zone, a Special Economic Zone (SEZ) that contains the EON Knowledge Park. Barclays Technology Center, Credit Suisse Services, Citicorp Services, Sungard, Mphasis, Zensar Technologies, Tata Communications, Reliance, Wipro, and Polaris are some of the other companies with a presence in the area.

Within the suburb are some of the greatest healthcare brands, including Columbia Asia Hospital, Motherhood for Maternity, Golden Hospital, Aditya Hospital, Sneha Specialty Hospital, and Kohakade Hospital. 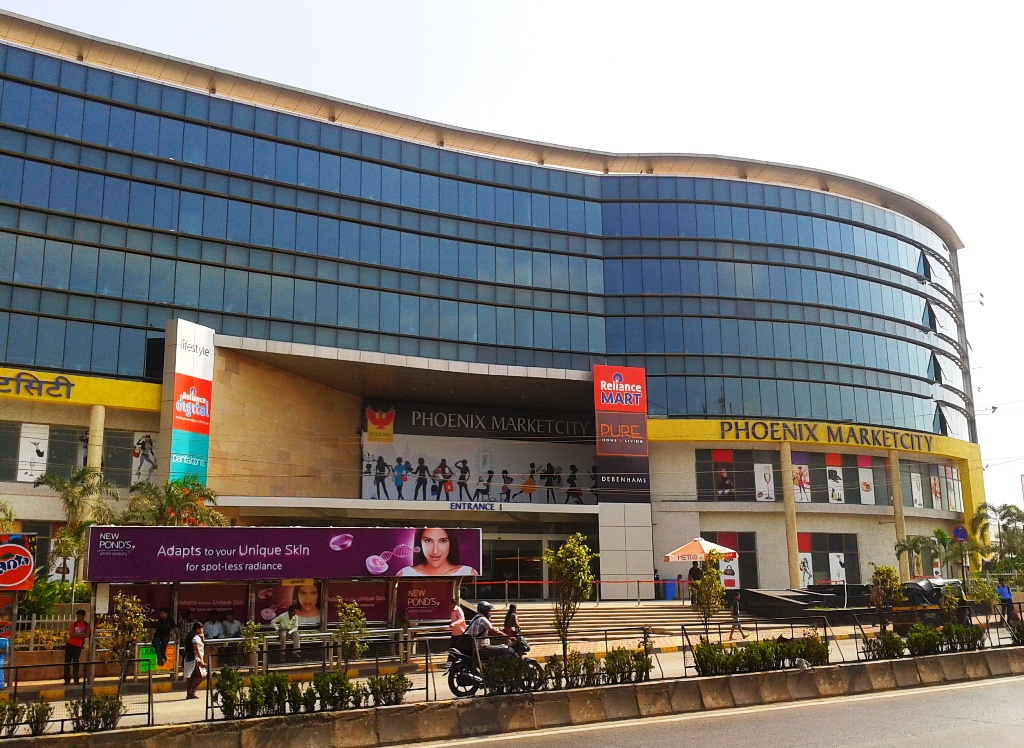 Kharadi is seeing tremendous growth, thanks to existing and new infrastructure such as the New Kharadi-Shivane Riverside Road, which will connect Kharadi to Kalyani Nagar in approximately 11 minutes. Kharadi has produced an absolute return of 39.22% with a CAGR of around 8.62 %. In terms of the time it takes for inventory to sell, Kharadi has a faster inventory off-take rate than other Pune Municipal Corporation micro geographies. Compared to the other micro geographies in Pune, Kharadi has seen more new residential projects debuts across a larger range of product options.

While Kalyani Nagar and Viman Nagar have gained popularity over the years, Kharadi is quickly becoming one of Pune’s most vibrant micro-markets. It has the ideal ingredients for exponential growth, and it is still seen as an up-and-coming real estate market in Pune that will provide lucrative property appreciation in the next few years. Demand is increasing in the budget, premium, and premium plus segments. The ongoing road infrastructure projects in Pune will increase the connection between the city’s perimeter and core sectors. Demand for residential property in Kharadi is expected to increase in the coming days, attracting more developers to start new residential projects and enhancing the area’s chances of becoming a popular residential destination.

One of the key benefits of investing in Kharadi is the rapid rise in real estate values, which has pleased many who have already done so. Kharadi has had a 140 % increase in value over the last decade, which has benefited both investors and homebuyers. Residential property prices in this neighbourhood have increased from 2700 per square foot in 2008 to 4500 per square foot in 2014 and are currently reaching Rs 6500 per square foot. Based on existing trends, it’s easy to predict that rates will grow considerably in the next few years.

Related Post – HOW THE KHARADI AREA HAS DEVELOPED OVER THE YEARS?

In a price-sensitive and end-user-oriented market like Pune, the presence of IT Parks, offices, and industrial units in the area impacts price increase. Kharadi’s sustained leadership will try to provide appealing property development in the coming years, with property rates in the area expected to climb by up to 12%* annually.

So don’t wait. Invest in the most loved residential project in Kharadi – Zen Estate. 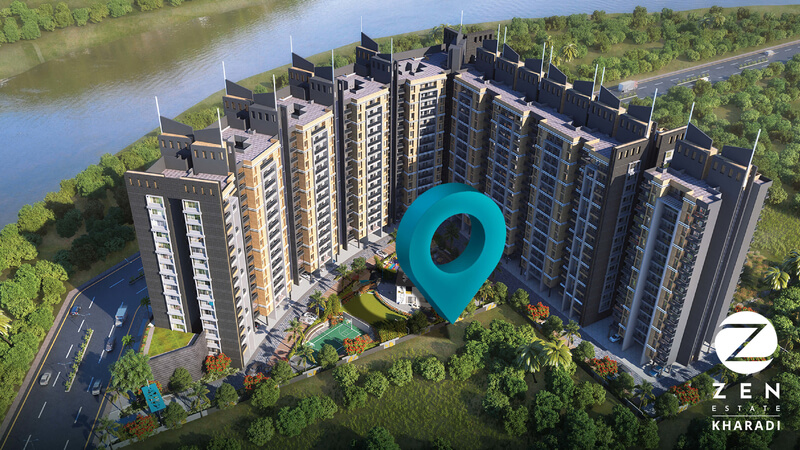 Among a plethora of residential properties in Kharadi, Pune, Zen Estate is a premium residential project that is a joint venture between the Kohinoor Group and the Mahalaxmi Group. It will be built on a 7-acre plot of land and will have 2 and 3 BHK flats in Kharadi beginning at Rs. 66.99 lakhs. The kitchen has a tiled floor and a rock counter block, and huge windows that allow for plenty of natural light and ventilation. Zen Estate features a yoga studio, tennis court, spa and wellness centre, swimming pool, party hall, planted promenade, and jogging track, among other attractions. 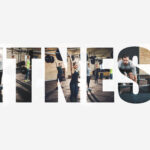 Health And Fitness Centres In and Around Kharadi December 23, 2021 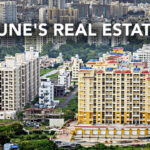 5 Reasons Why Mumbaikars Should Invest in Pune’s Real Estate January 5, 2022